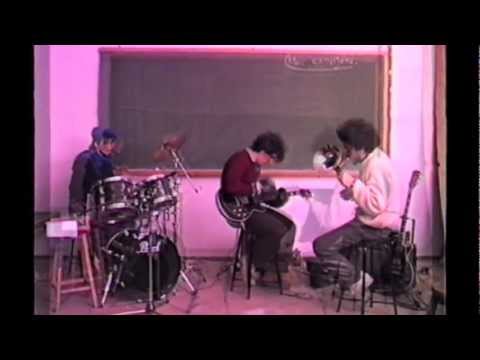 Thanasis Chondros was born in Thessaloniki in 1953, Alexandra Katsiani in Siatista in 1954. Τhey met eachother in 1973 and since 1974 they developed together several activities using any kind of means.

They were working as teachers in public schools until 2010. Today they live in Thessaloniki.

Alexandra Katsiani and Thanasis Hondros. Members of several and different, at times, subversive revolutionary organizations.
They have a rich file of actions, numerous systematic manifestos and creative attacks, mainly in the field of experience. Active since 1974, mainly in the Thessaloniki urban, social and cultural fields. In 2004 they declared the cessation of their action. Similar subversive organizations are usually identified as “situationists.”

In recent surveys they are found to be most active as managers of a family, of an apartment building and of several blogs with confidential usernames and passwords, which are being watched as they have been found/deemed suspicious.
Regarding the accusation of “intentional subversion of cultural platitudes and social status quo”, they have sometimes been found guilty serving a sentence in the form of social and educational work and sometimes they have been found innocent, mainly due to indications of good conduct and consistent offering of consciousness to the people, according to the testimony of citizens that were present in similar incidents caused by the perpetrators.
They always act together (and sometimes have more accomplices) and draw from everything.
Their tools and practices include food and various merchandises, for example, to which they apply new uses and functions. They were also often seen performing actions with the use of music, which they interpret with pure ignorance.

This file includes photographs, evidences and proofs of their action between 1982 and 2003. It is found that: building materials weigh their bags, measuring tapes count their stamina, spoons cram their community consciousness. They are usually present in demonstrations, organized with banners and slogans to support their positions and beliefs.
One of the most dangerous methods they implemented was to help Pollock cross through a painting of Malevich. The result of this action seemed appropriate to be put up on a wall and to be seen, in order for everyone to understand the aspect of such a disturbing event.
The ideology of their organization remains consistent in its principles: approach of boredom, irony and subversion of the status quo, claiming happiness, validation of an unpredictable reality, creating collectiveness and bonds of an alternative humanity. Their aim is to achieve indisputable communication among people.

It has been indicated as necessary to watch carefully their activity on a daily basis, in order to identify the potential impact of their organization, which would probably lead to unpredictable consequences.